As a Building Physics Engineer by profession, I’m delighted to bring various sustainability methods to the capabilities of the Foreman Roberts team and our clients projects. These include everything from daylighting and massing to BREEAM and passivehaus standards, as well as much more…

I’m also thrilled to be hosting Foreman Roberts new LIVE sustainability webinar ‘How Do the New Building Regulations Impact Your Residential Projects’ this month, the details of which you can find at the bottom of this page.

If you have any specific queries or need advice on anything Energy and Sustainability, please don’t hesitate to get in touch with us through this link.

The decarbonisation of steel production is an essential step for Britain if the nation wants to achieve its net zero goals. British Steel has aligned itself with the government’s plan to eliminate carbon emissions by the year 2050, with plans to drastically cut them from its operations by 2030-2035.

How is British Steel looking to achieve this exactly? Through green hydrogen!

British Steel is conducting a major research study into how it can potentially use green hydrogen to help decarbonise its operations.

To support their ambitious plans, British Steel has secured funding from the UK Government for a new feasibility study which will look into the semantics of switching from natural gas to green hydrogen as a fuel source for re-heating steel furnaces.

If successful, British Steel will do an industrial-scale demonstration which could see the new technology developed and rolled out across the entirety of its operations, which is sure to be adopted by other UK, and perhaps Global, steelmakers.

British Steel’s Environment and Sustainability Director, Lee Adcock, stated “As an energy-intensive industry with hard to decrease emissions, the steel industry has the potential for large CO2 emission savings through fuel switching. The study is a vital and hugely exciting step on our journey to developing the technology needed to transform how we and other steel manufacturers operate.”

The solar park is situated on top of a hydroelectric plant which generates power from the Alqueva dam and will form a hybrid project using one single connection point to the existing local grid.

The new solar platform has an installed power of 5MW and the capacity to produce around 7.5 GWh per year, meaning it can supply a substantial number of households in the Southern Portugal region.

The solar platform reinforces energy production from the reservoir, which can already produce 300GWh annually, avoiding more than 130,000 tons of CO2 emissions.

EDP, the energy firm behind the project, ultimately plans to include and install an extra 140 MW of renewable capacity, transforming the area into a hybrid farm, consisting of an additional 70 MW of floating solar PV and 70 MW of hybrid-wind capacity.

CEO of EDP, Miguel Stilwell d’Andrade, states, “Our hybridisation strategy, by combining water, sun, wind and storage, is clearly a logical path for growth in energy production. This project will be a remarkable leap forward in the expansion of renewables and in accelerating the decarbonisation process.”

A team of researchers from the National University of Singapore’s (NUS) College of Design and Engineering have developed a MEG (Moisture-Driven Electricity Generation) device made of a thin 0.3mm layer of fabric using sea salt, carbon ink and a water absorbent gel.

The concept of MEG devices is to generate electricity by harnessing moisture in the air around us. How it works is that the device contains two regions of different properties. One is the wet region, coated in hygroscopic ionic gel using sea salt. One is the dry region with nothing.

Once the MEG device is assembled, electricity is generated when the sea salt ions are separated as water is absorbed in the wet region.

Free ions with a positive charge are absorbed by the carbon nanoparticles, which are negatively charged. This causes changes to the fabric’s surface, generating an electric field across it.

With its unique design, the team’s device demonstrated high flexibility and was able to withstand stress from twisting and bending. The researchers demonstrated this by folding the fabric into an origami crane which did not affect its overall electrical performance.

One of the device’s most immediate applications would be as a portable power source in mobile powering electronics directly by ambient humidity. 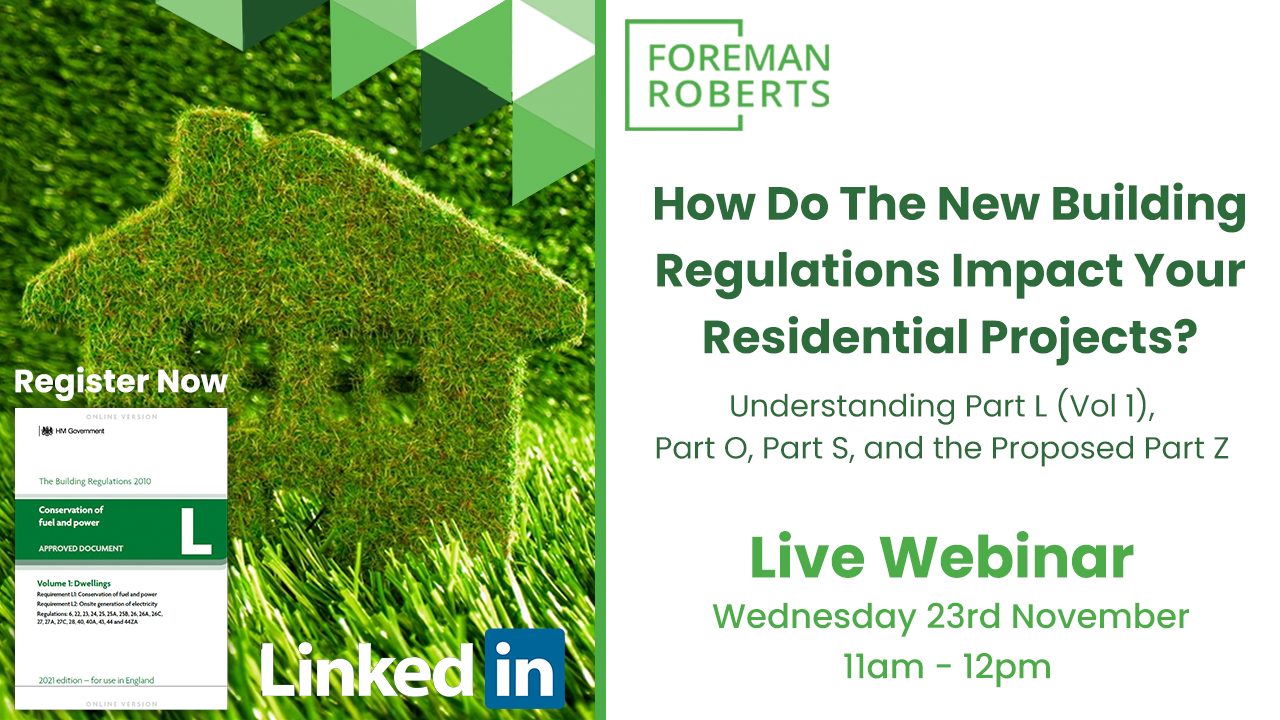 How Do The New Building Regulations Impact Your Residential Projects?

Find out all about how the changes to Part L (Vol .1), Part O, Part S and the proposed Part Z will affect your existing and upcoming residential projects and buildings in our LIVE Webinar hosted by our Head of Energy & Sustainability, Mustab Ahmed and featuring Director, Lee Hardy.

Find out more about the webinar and save the date below: